'I never had such great feedback from readers'

With the SND Amsterdam coming closer, we wanted you to get to know some of the speakers a little better. We asked them about their career and how they got to the point where they are now without giving too much away about their SND talk. In this interview we speak with Jacek Utko.

Jacek Utko is an award winning designer and consultant. Five times, newspaper projects he redesigned were named World's Best Designed Newspaper, recently for Het Parool (Holland) and De Morgen (Belgium). Two of them were recognized as European Newspapers of The Year. He has been working in 24 countries as media consultant and has giving lectures in 35 countries. His most popular talk comes from TED conference - Can Good Design Save Newspapers.

How was your experience in redesigning a publication for a financial newspaper?

"I love financial newspapers. I have already worked on them for many years. My first job as an art director was for a financial paper. My first ‘World’s Best Designed’ award was for a business paper. Business papers are a bit boring at the first glance but they teach you content-driven design. They teach you how to play with data, figures, charts… They also taught me how to make poster style covers years ago. Because in those papers you rarely have amazing newsy photos. That’s why I was forced to make conceptual, magazine style covers that rely on simple ‘let’s-place-a-nice-photo-and-go-home’ paradigm."

What were the challenges in this redesign?

"This is one of those newspapers that had great success online, converting readers to paid subscribers. They have a digital first strategy, and it works perfectly for them. Until one day, when they realized that their print is a bit behind and that many of their readers still wanted print! That’s why they called me. Print saving doctor Utko, haha. But there was more. This is the redesign made for…readers. We asked them what kind of newspaper they wanted in the 21st century? What they expected from print when they consume digital news anyway? What kind of paper would fulfill their needs? And after a long series of tests we got very clear answers. First, they wanted overview. They were lost and overwhelmed by the amount of information available and don’t know what’s important, they wanted us to show them what was important. Second, they wanted insight stories, not only short newsy items. They wanted to feel smarter so they wanted 2-3 stories that were longer, more analytical, high quality, serious, not shallow. Third, they needed a summary of the stories. They didn’t have one hour a day for reading, rather 15-20 minutes. So they wanted a summary from the bigger stories, so they knew if they wanted to invest their time in the longer story."

How did you use those findings in the design?

"We basically built the redesign around those three findings. We even kept most of the old fonts in the paper, that was not the most important. We wanted to serve the readers this time. We focused on designing an overview - the first few pages had newsy overview at the top. The last pages had financial markets overviews, in short. Easy and convenient to use. We made a special section inside the paper that had two/three so called ‘Insight Stories’ every day. Those were longer quality articles, usually on the whole spread. And to each of the longer stories we added a summary, plus a whole system of boxes and references, to help them navigate."

"If I was given the choice between getting one more award or hearing such positive feedback, I’d choose the latter."

And how did the readers react?

"They love it. I never had such great feedback from readers. People that had been reading the paper for 40 years were saying they were never happier, that paper is now perfectly clear, organized and gives them what they want. Honestly, if I was given the choice between getting one more award or hearing such positive feedback, I’d most likely choose the latter. It’s quite rare that readers like products so much after a big change. And the change was quite substantial - smaller format, completely new structure, new sections… Only the fonts were almost the same, kind of new thinking, haha, from the readers perspective this time."

How important was the role of editors in the redesign?

"Editors were crucial. The big questions- this thinking of the paper that will serve readers well- came from editors. Editor in chief, Jan Bonjer, was very active in all the redesign stages. They also set up a special team working on the concept of a new supplement called ‘Features’. They were free to come up with any revolutionary idea for this new section. I was working closely with a team of designers from the paper. We were exchanging various ideas, picking the best ones, then showing it to the management and editors, then adjusting and working over and over again… That was quite a challenging process from this perspective - many iterations of the concept itself, design, structure, etc. But we wanted to end up with something that really answered those big questions."

Can design still save the newspaper?

"Yes. Three things can save newspapers today. The first thing is thinking in design about the whole strategy and concept of the product. How can we serve our audience better in digital times? The second is storytelling. We have to come back to the roots, to the core of our profession, to our service. Today’s technology may change, we may be telling stories not on paper, even not on screen, but storytelling skills will always be crucial. And third is innovation in print. Some key people in our industry kind of forgot about it, they don’t believe in print anymore, preferring to put all their effort into digital. Are todays' newspapers the final development of print before it dies? Not at all. We will see many new faces of newspapers on the way. It will go more magazine, it will deliver book-quality stories, it will end up as Sunday newspaper at the end... So print will not die, but your daily newspaper, as it looks today, might."

If you want to hear Jacek speak at the SND Amsterdam, you can buy your tickets here. 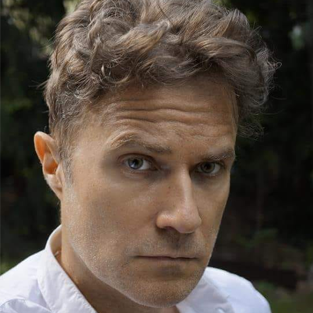 Jacek Utko is award winning designer and consultant. Five newspaper projects he redesigned were named World's Best Designed Newspaper, recently for Het Parool (NL) and De Morgen (BE). Two of them were European Newspapers of The Year. He has been working as media consultant and was giving lectures in 35 countries. His most popular talk comes from TED conference - Can Good Design Save Newspapers.