Over the years, like everything else in the world, cartography has changed. Previously, all the maps were made by hand and cartographers had to travel to get the maps right. Nowadays almost everything happens with the computer and satellites. You can imagine that when you put all the traveling and sketching into your maps, and a (lazy) competitor would just buy your map and copy it, you would be pretty pissed. To prevent this, cartographers came up with a plan. They added so called Paper Towns.

Paper Towns are fictional places on a map. The cartographer creates them to prevent copyright infringements. They aren’t necessarily towns, mostly they are ‘paper streets’, a nonexistent dead end or roads slightly altered. Like painters sign their paintings, this is a tiny autograph of the cartographer. Over the years, some fun stories about this concept arose. The one that might be the strangest is about Algoe, New York.

The fake town that became real

If you’re a cartographer, you probably already know all about Agloe. See, in the 1930’s General Drafting founder Otto G. Lindberg and an assistant, Ernest Alpers, assigned an anagram of their initials to a dirt-road intersection, Agloe. This was supposed to be a copyright trap so when in the 1950’s they saw Agloe appear on a competitors map, they were ready to sue. Except Agloe, New York was real. What? The thing that happened was that on the ‘Agloe intersection’, a general store was built. The owners of the store bought a map at Esso, General Drafting’s client, and saw that the general store apparently was being built in a place called Agloe. So they decided to name their store Agloe General Store. Eventually the store went out of business which was ultimately also the end of Agloe. 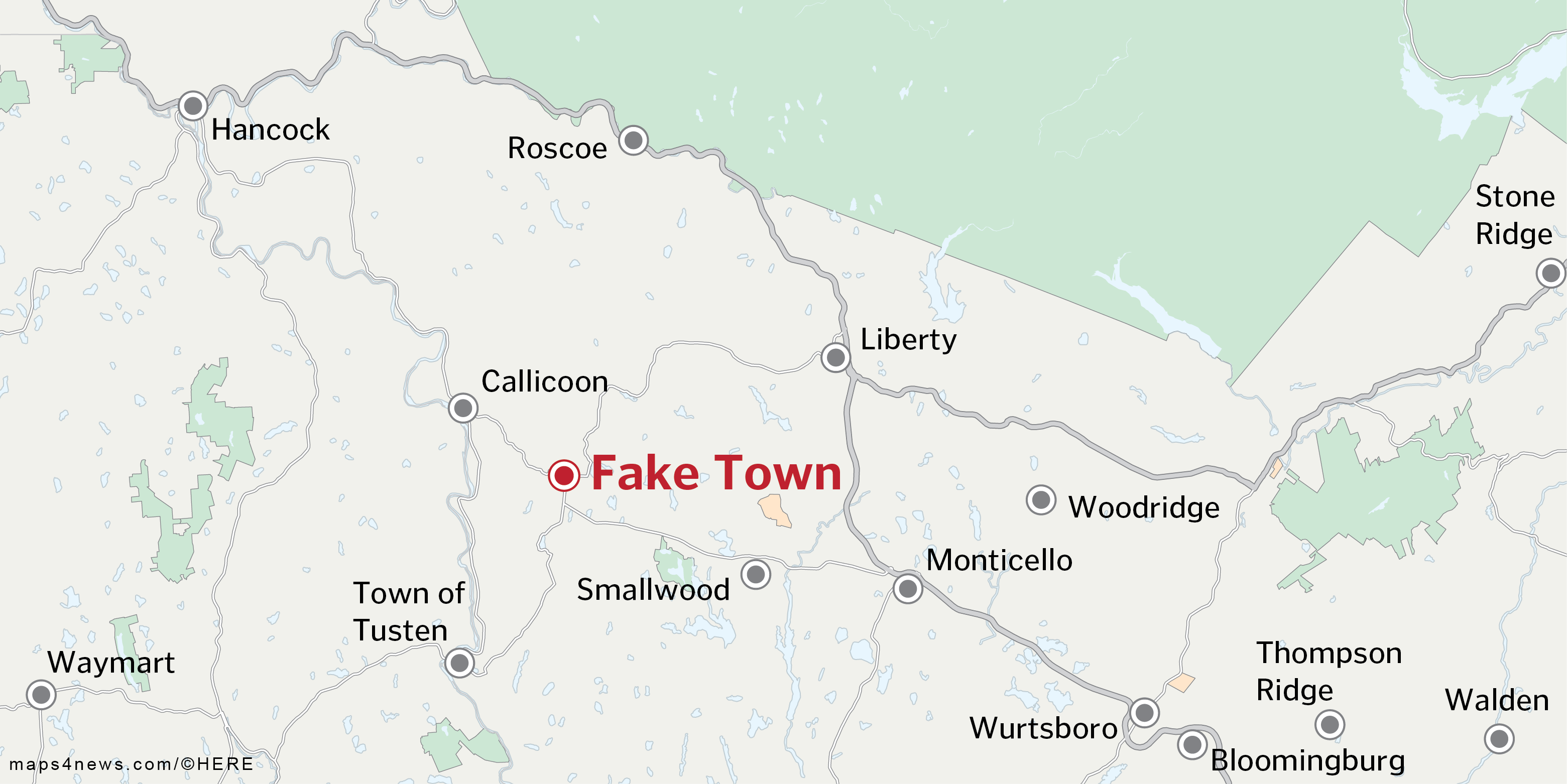 That awkward moment you accidentally make up an entire mountain range

Sometimes, unlike with Paper Towns, mistakes are made unintentionally. Of course, in the time of satellites, cartographers won’t accidentally add an entire mountain range but in 1789 they didn’t have that kind of technology. This led to the Mountains of Kong, which you can(not) find in West Africa. Mungo Park, an explorer from Scotland, was the first one to ‘discover’ the amazing mountain range. This exploration resulted in the first map that showed the Mountains of Kong and maps that included the mountain range kept being made until French explorer Louis Gustave Binger established that the mountains were fictitious during his expedition to West Africa in the late 1880’s. Even though the mountain range was officially declared fake, it kept showing up every now and then with the last appearance in 1995 (!) in Goode’s World Atlas.